One of the hardest things to achieve as a forex trader, at least in my experience, is a level of commitment to your trading strategy that allows you to trade consistently throughout losing trades. Every system I'm aware of inevitably generates losing trades, and there's nothing that will sap your confidence in your trading plan than watching your fund trickle (or gush) away day after day.

Since every system needs consistent execution over time to prove itself, bailing out at the first sign of a losing streak, or switching nervously between different systems in a quest for one that's fail-safe, is a great way to wreck your forex career in a hurry. You must give your system a fair chance to succeed before tossing it in the trash, reworking it into something completely different, or moving on to the next great strategy.

Long-term consistency and the anxiety of short-term risk aversion

Now I'm not saying you should go down with the ship, tossing all your funds overboard on a system that's clearly and consistently failing. But I recommend that you strike a balance between the importance of long-term consistency and the anxiety of short-term risk aversion. It is entirely possible your system is fatally flawed, and you don't know it yet. On the other hand, it is also quite possible that your system is a winner...and you don't know that yet, either. One way to build your confidence in your system's performance over time is through extensive back testing. Remember, the data is your friend. Testing past trades using historical data will show you the worst drawdowns your strategy has produced, as well as its greatest winning streaks.

But let's say you've done all the above -- thoroughly back tested your system, traded consistently for several weeks, put aside those inevitable panicky reactions, and stuck to your trades. You're still faced with mounting losses. How do you know when to bail out and go looking for a better forex philosophy? One approach is to compare your current losses with the worst drawdowns in your historical testing. Are your losses of a similar magnitude? Are they even larger than those in the back tests...25% greater, 50% greater? If you're getting into a range with losses over 50% greater, it's time to start dusting off Plan B. And it's always important to have a Plan B and a Plan C... just as long as you're not switching between them daily out of panic or desperation. The forex markets are not known for rewarding either of those qualities; quite the opposite.

Remember, this is all my opinion, and how useful my advice is to you will undoubtedly vary depending on your risk aversion or tolerance. But I think it's important to keep in mind that no matter how you trade, any trading system will (a) generate losses and (b) require consistent execution over time to prove its worth. 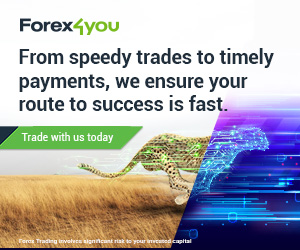